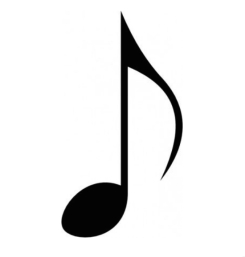 In my last post, I noted that song lyrics can stick in our heads and, thereby, teach us about language (or encourage bad habits). Fans of musical theater will know the song “If I Were a Rich Man” from Fiddler on the Roof (lyrics by Sheldon Harnick). Is the title grammatically correct, or should it be, instead, “If I Was a Rich Man”? Without getting too technical, let’s review the correct use of hypothetical (“if”) statements and the subjunctive mood.*

Verbs can be used to state a fact (the indicative mood), issue a command (the imperative mood), ask a question (interrogative mood), note a condition (conditional mood), or describe a wish, possibility, or hypothetical situation (subjunctive mood). (See the Oxford Dictionary for examples of each.)

Use were (the subjunctive mood) when imagining what might happen:

If I were to propose marriage, what would your answer be? (I might propose, if I could be absolutely certain that you would say yes. Or, I might just want to know how you feel about me and what you think about the idea of marrying me, and I have no intention of proposing!)

Use was (the indicative mood) for statements of fact (what actually happened).

The difference can be subtle, but using was instead of were could create confusion about whether something is factual or hypothetical.

If this was his last day on the job, Jack would have to speak his mind. (suggests Jack knows this is his last day, and he has something he plans to say)

Something is hypothetical if it exists in concept but not in reality. (A hypothesis is an explanation or premise that is proposed or assumed to be true but requires further investigation to be proved or disproved.) It may be purely conjectural, or it may be highly probable but not yet substantiated.

If water is found on Mars, evidence of bacteria and other life forms may be found there as well.

Something is conditional if its fulfillment requires the occurrence or existence of something else.

If you finish your homework, you may play with your friends.

In the event of snow, the game will be canceled.

If the condition is met, then something will happen (or will not happen: If you fix the problem now, then I will not report you.).

Note that the order of the sentence can be changed without changing the meaning:

You may play with your friends if you finish your homework.

Our friendship will end if you betray my confidence.

I won’t report you to the authorities if you can solve this problem.

Conditional statements express speculation about what could have happened, what might happen, or what we expect to happen (or hope will happen) if the conditions are met:

If I finish this blog post in time, then I can meet my friends for lunch.

If you submit your request by April 1, then you will be guaranteed a seat.

Often, then is implied but not stated:

If Joan wants to know what happened, (then) all she has to do is ask.

If I were you, I would hire an editor! (hypothetical—I am not you, and I will never be you.)

But not every conditional sentence is hypothetical:

If I offended you, I am sorry. (I was not aware that what I said was offensive at the time I said it. Thank you for telling me!)

As we’ve seen, an “if” sentence can be conditional but not hypothetical, so the choice of was or were is not determined simply by looking for an “If” statement.

Was is the appropriate choice when describing (or speculating about) something that has happened, whether in a fictional universe or reality as we know it:

If Stargazer was warned that the base would be attacked, he should have followed the proper procedures. (The base was attacked, and someone has suggested that Stargazer was given advance warning. Can he be trusted?)

If a situation occurred more than once, a generalization can be made about what routinely happened in a given circumstance.

If I was running late, Max would be there to help out.

Note that when can often be substituted for if in these kinds of sentences:

When I was running late, Max would be there to help out. (I was late more than once, and Max provided assistance. I miss him!)

Remember, too, that the choice of was or were depends upon whether the subject of the sentence is singular or plural:

The calls were infrequent, so I didn’t mind.

If the caller was not in my list of contacts, I did not answer.

Jerry was ready to go.

Jerry and his friends were ready to go.

You were not willing to take a risk. I was.

If you’ve followed me this far, you should be able to determine whether was and were are used correctly in the following paragraph.

Dawn was always frantic whenever this happened, and she’d go through her list of contacts until she found someone to talk to. Donna was Dawn’s first choice, but If Donna wasn’t available, Dawn would call me. When the calls were infrequent, I didn’t mind. I don’t know who Dawn called when I was unavailable, but if I were her, I’d have called Cindy.

Returning to examples from song lyrics:

“If I were a carpenter, and you were a lady
Would you marry me anyway?”
(“If I Were a Carpenter,” lyrics by Tim Hardin. Recorded by numerous artists, including the songwriter.)

The singer is not suggesting that he is a carpenter (so the idea is hypothetical); he’s wondering how, well, conditional (or unconditional) his beloved’s affections are.

“If I Were a Boy” (written by BC Jean and Toby Gad) was popularized by Beyoncé—and I’m fairly certain she is not, in fact, a boy. (hypothetical)

Of course, we can also find examples of lyrics that use the indicative (was) instead of the subjunctive (were):

“If I was to say to you
Girl we couldn’t get much higher”
(“Light My Fire” by the Doors: Robbie Krieger, John Densmore, Jim Morrison, Ray Manzarek)

However, I’d recommend limiting the use of was to informal speech when speaking hypothetically.

Or, one could do as Alice Walker did for the title of a poem: include both!

“If I Was President (Were for those who prefer it)”

* Note that the subjunctive mood does not require the use of were; for example, the statement “The prosecutor recommended that the accused be sentenced to death” uses the subjunctive form, as does “The teacher insisted that her pupils speak English.” For this post, however, I am limiting my discussion to the matter of when to use was and when to use were.

This site uses Akismet to reduce spam. Learn how your comment data is processed.